We had to wake up very early and left Othem Församlingshem before 8.00 because a funeral will take place there. The pilgrim community was splitted after 2 kms walking. Igor took his on way for meeting her sister, Kate, that came from Russia to join us on the pilgrimage.

The other pilgrims continued on a beautiful path through the forest. The walk has been easy. No crazy adventures. We took a rest at a fisherman house. No mosquitos. No tourists.

On the way, we met an old man driving a golf car. His name is Sören and have a collection the 5 grey tractors - each one a present for his grandchildren - and red one for his great-grandson. We reached the beach of Hideviken around 12. It was windy and cloudy but some of us did not miss the opportunity of taking a bath in the amazing beach surrounded by a forest.

Before 16.00 it rained. We found shelter under a summer-house porch. At that moment, Igor and Kate arrived. All pilgrims gathered again.

Under the rain, we decided to reach S:t Olofsholm. Suddenly the rain was over and a sunny evening came.

We visited the chapel and the old mill in S:t Olofsholm. Lotte Nygren and his husband Mike were waiting for us on the beach. They had lighted a fire and the vegetarian grill was ready soon. We were hungry and enjoyed their food and coffee. It was delicious. But the rain came back. Interested on the history of the place, Lotte offered is to talk about that inside of S:t Olof chapel.

Thanks a lot to Lotte and Mike for the lovely grill and discussion. Also thanks to Carin Donnér for hosting 7 tired pilgrims in her nice house.

Tomorrow, we will attend a concert at Groddagården, Fleringe. Buen camino. 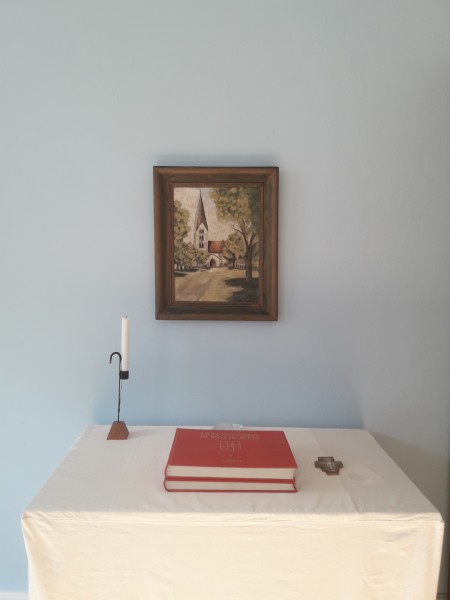 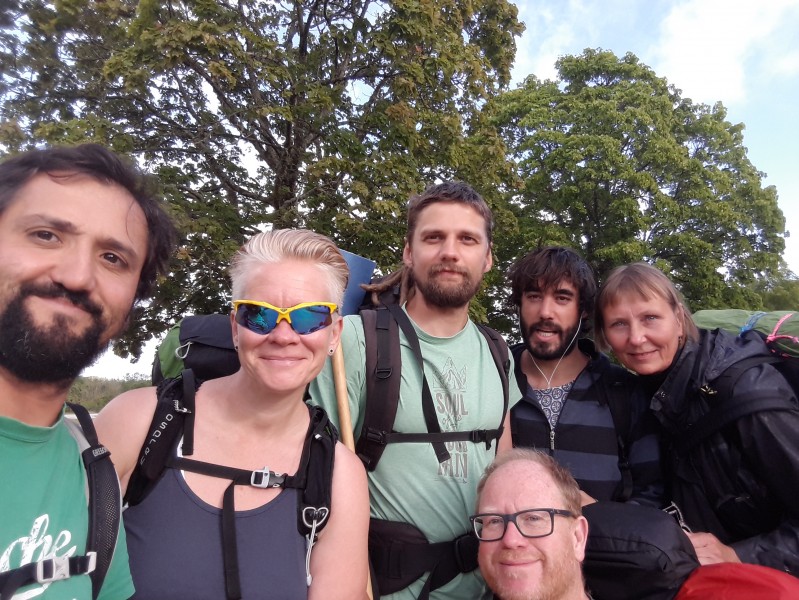 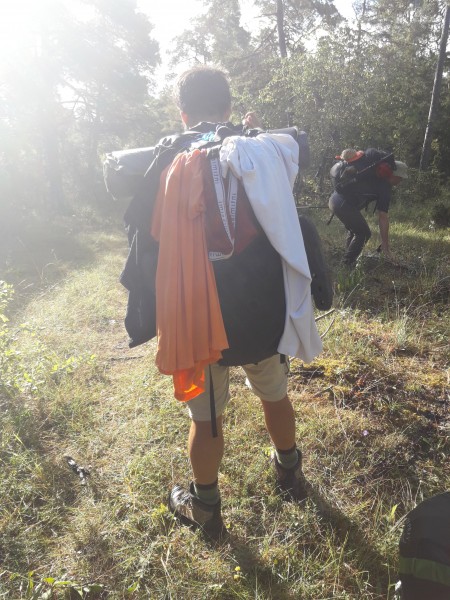 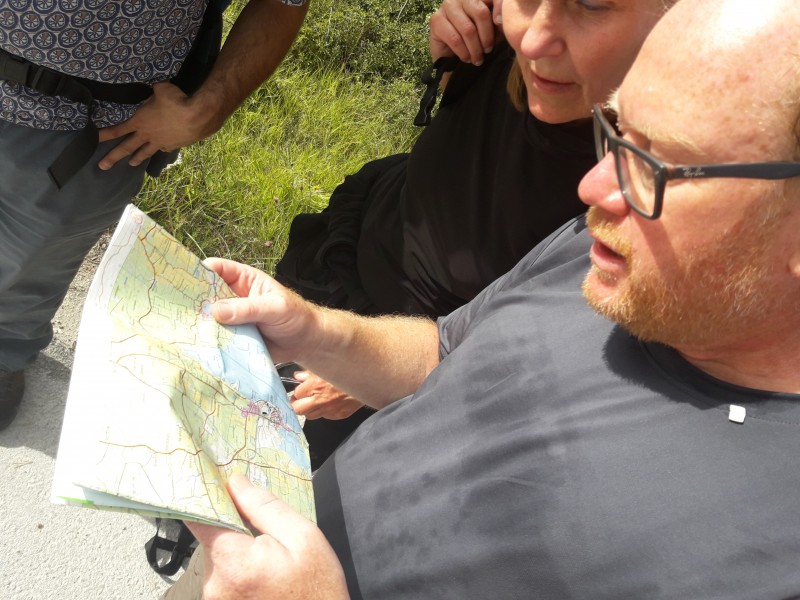 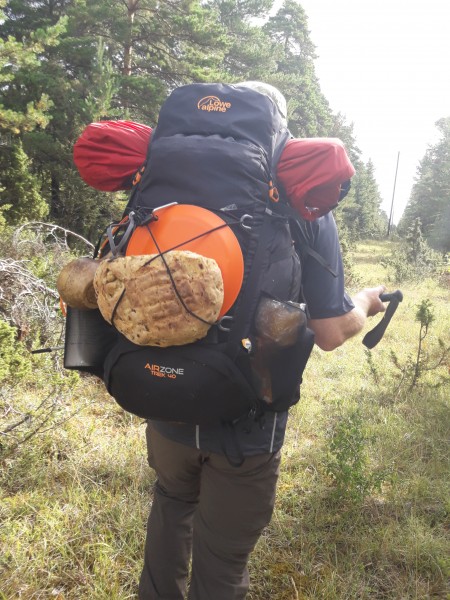 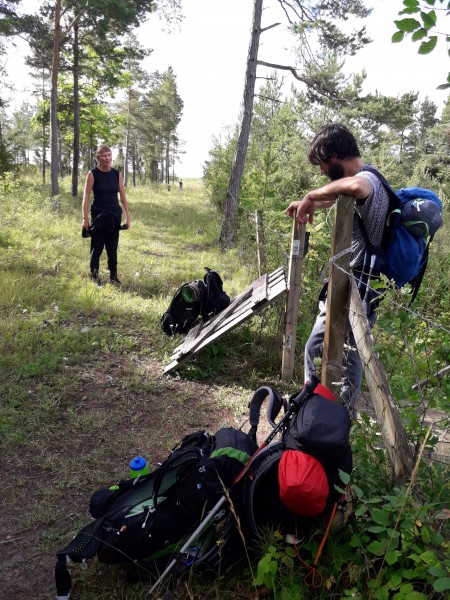 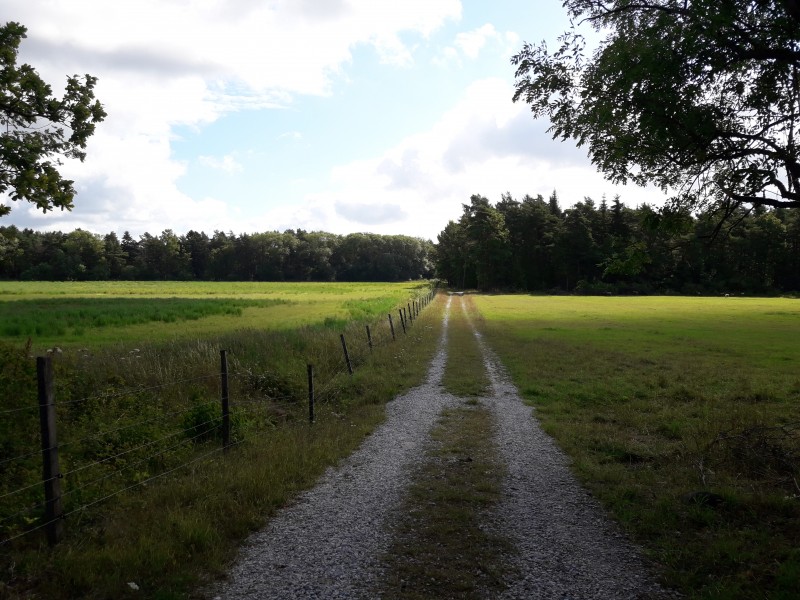 On the way. ©Juanma González 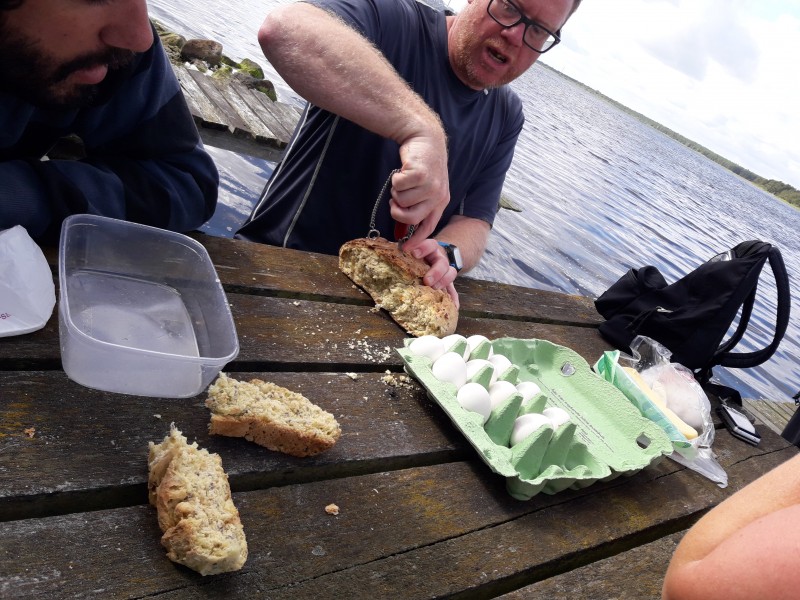 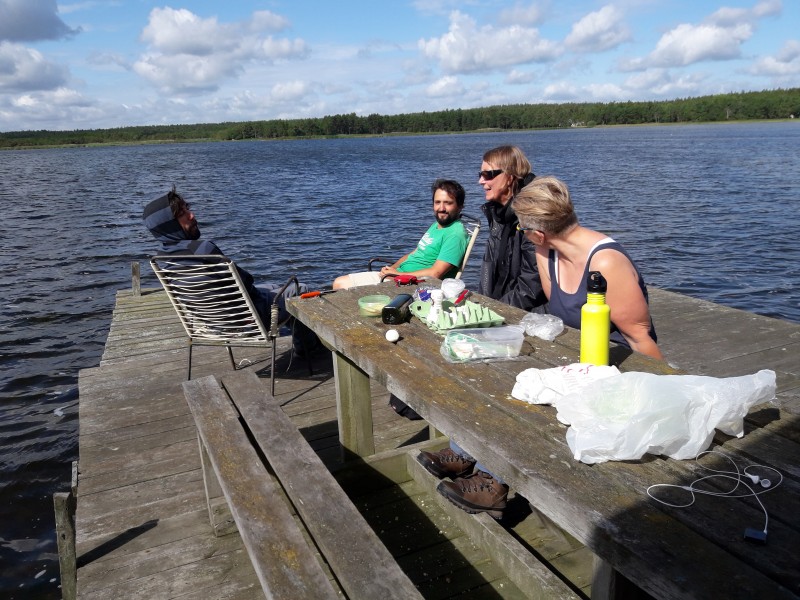 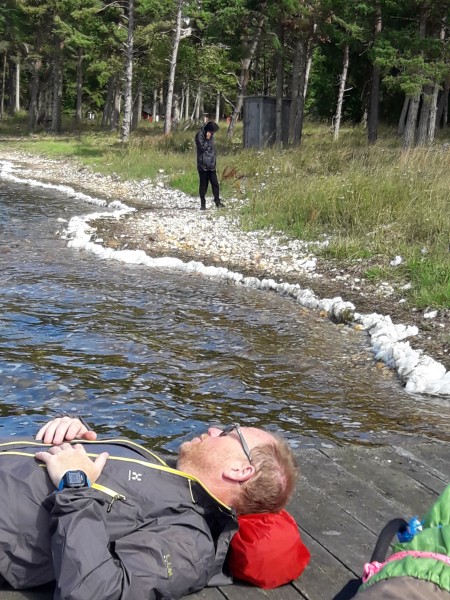 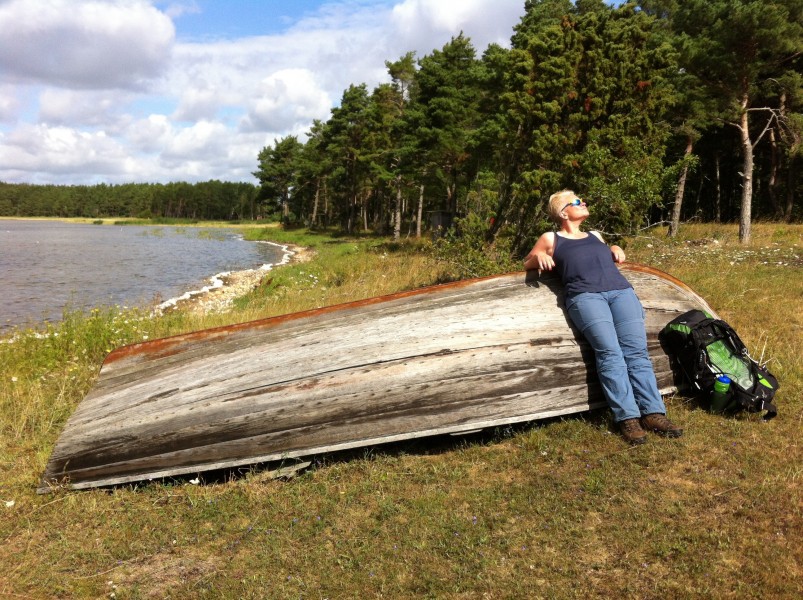 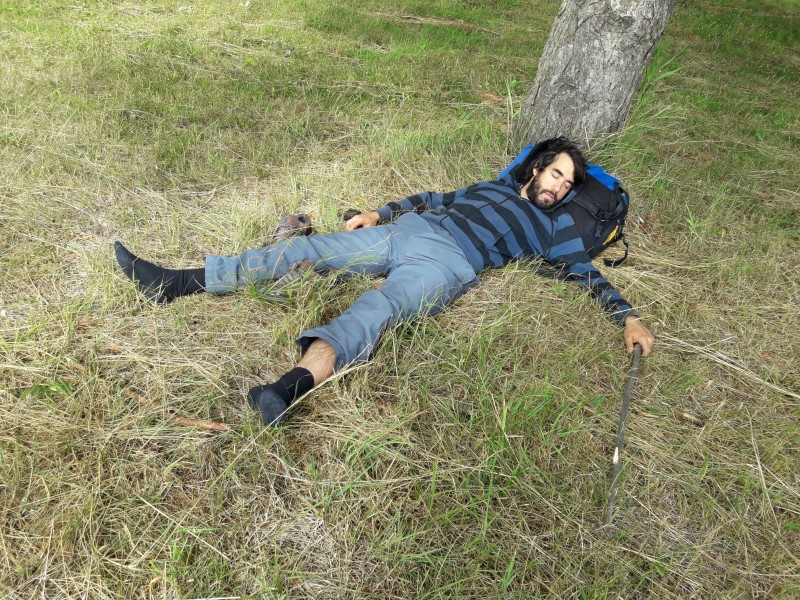 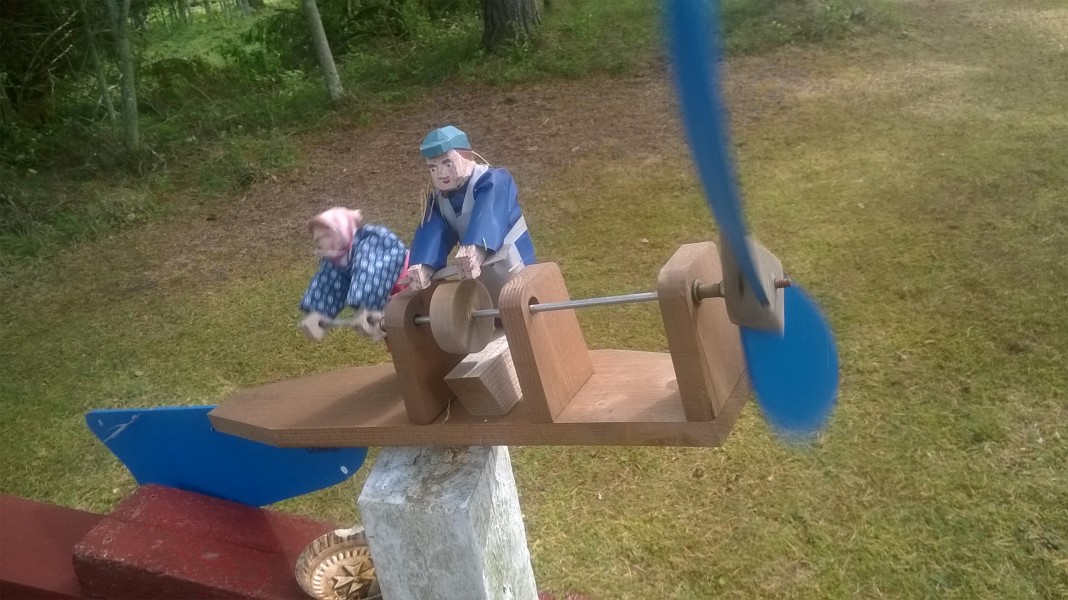 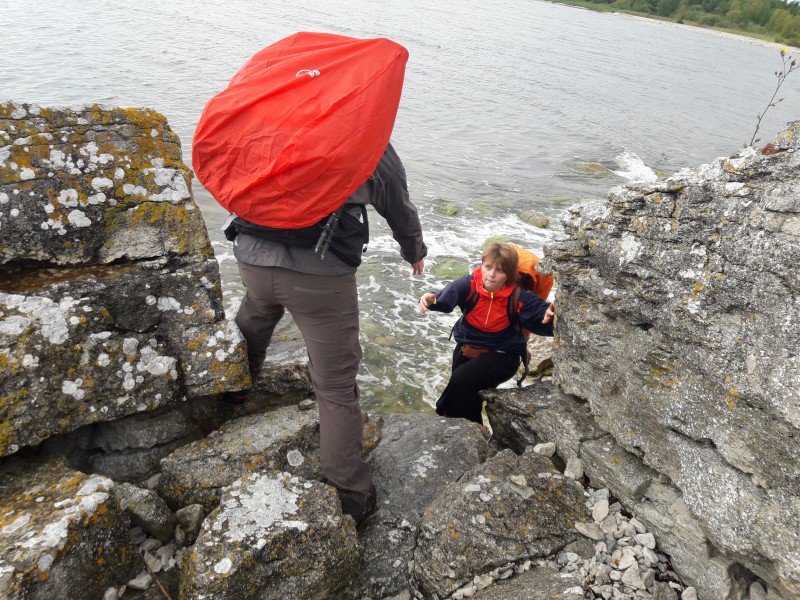 In our way to S:t Olofsholm. ©Juanma González 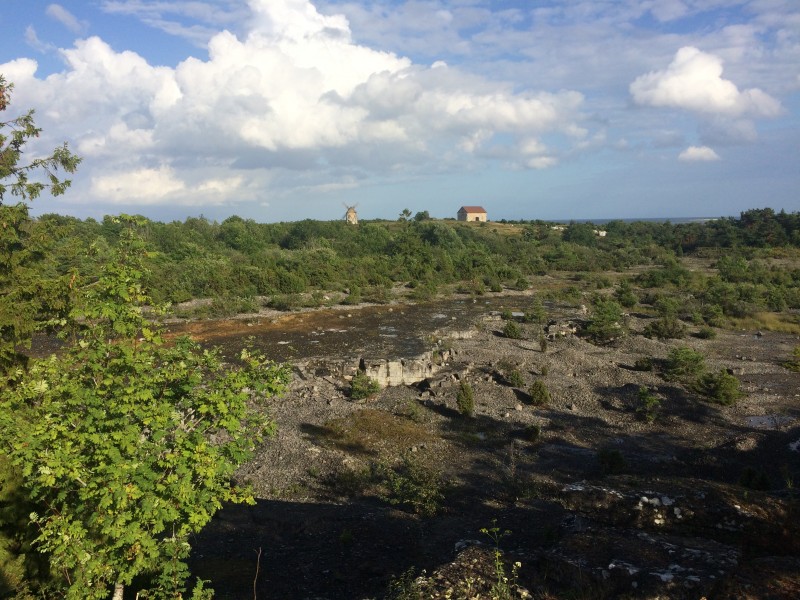 View of S:t Olofsholm from the old querry. ©Peter Lüttge 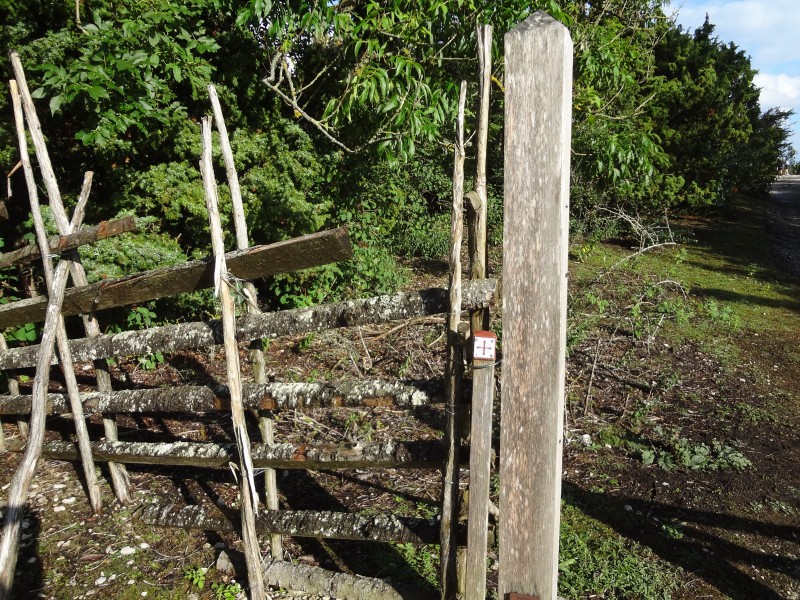 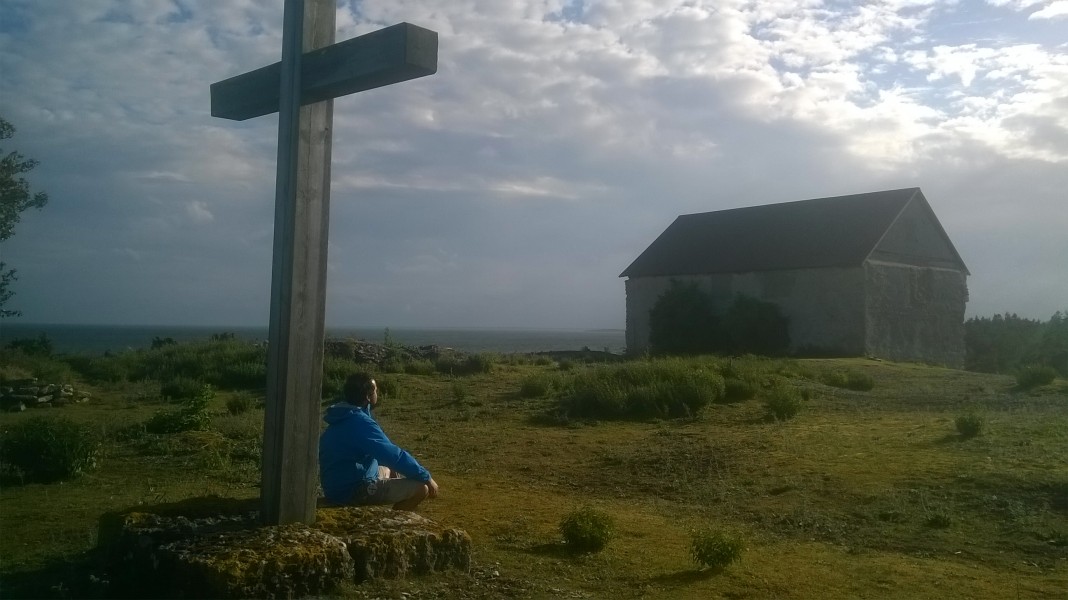 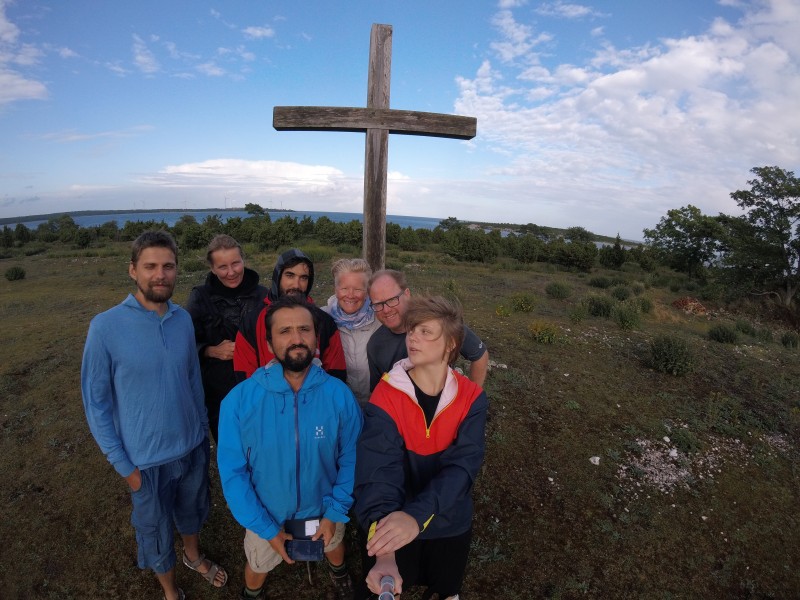 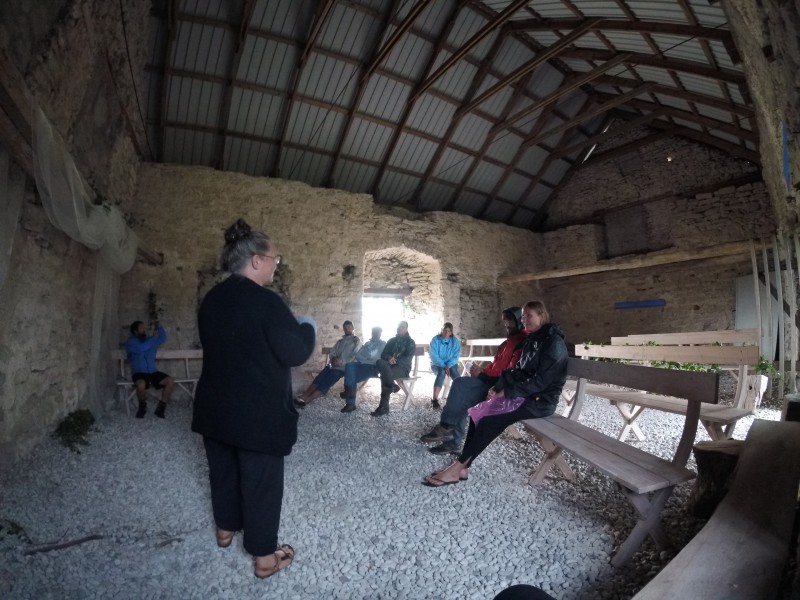 Lotte Nygren explains us about S:t Olof and the site. ©Kate Po 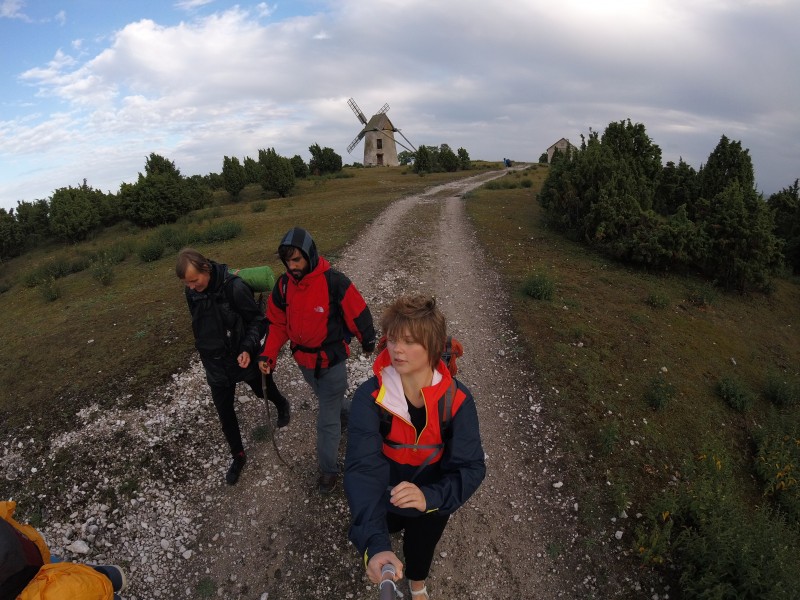 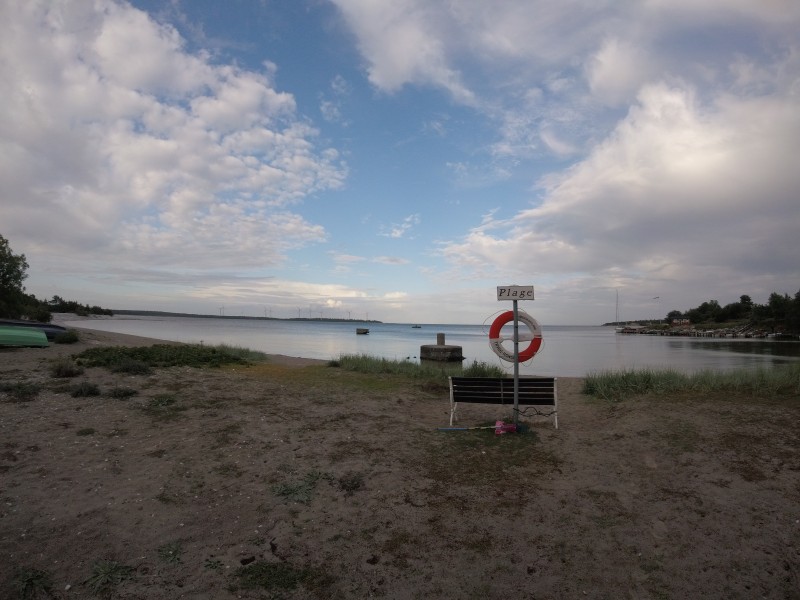 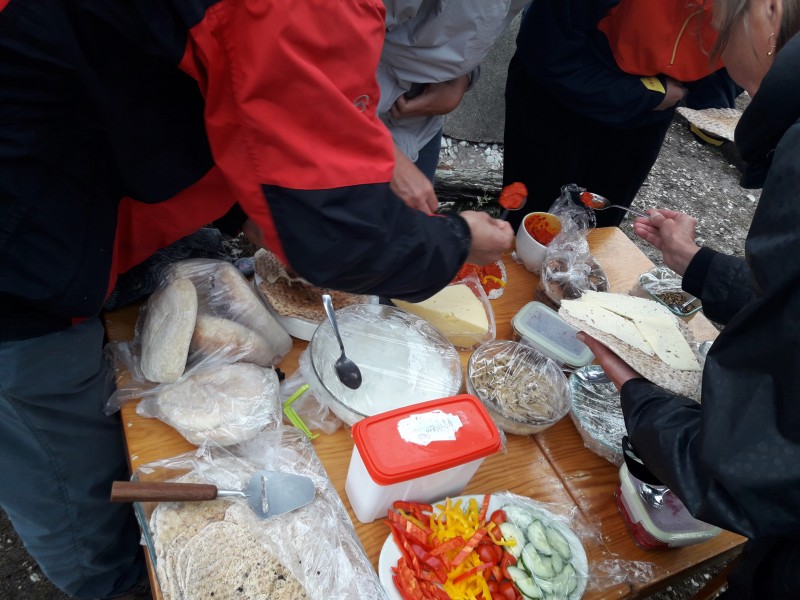 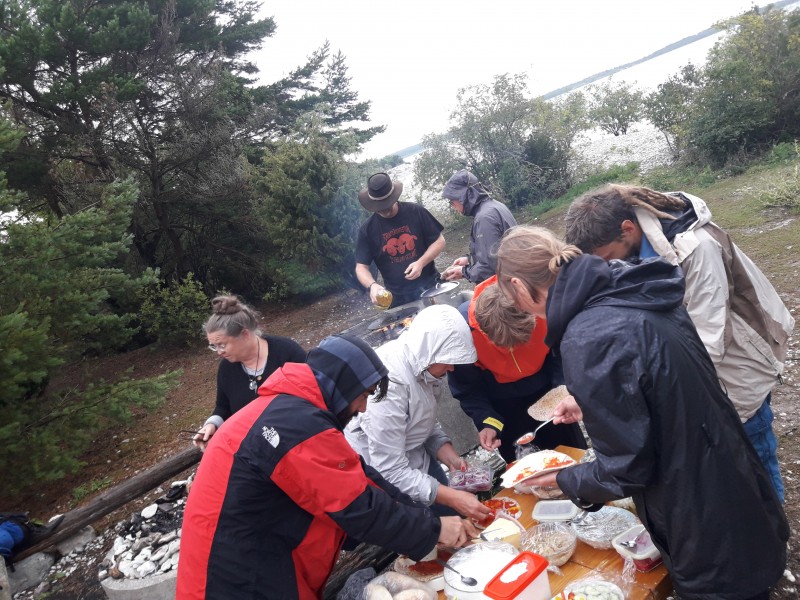 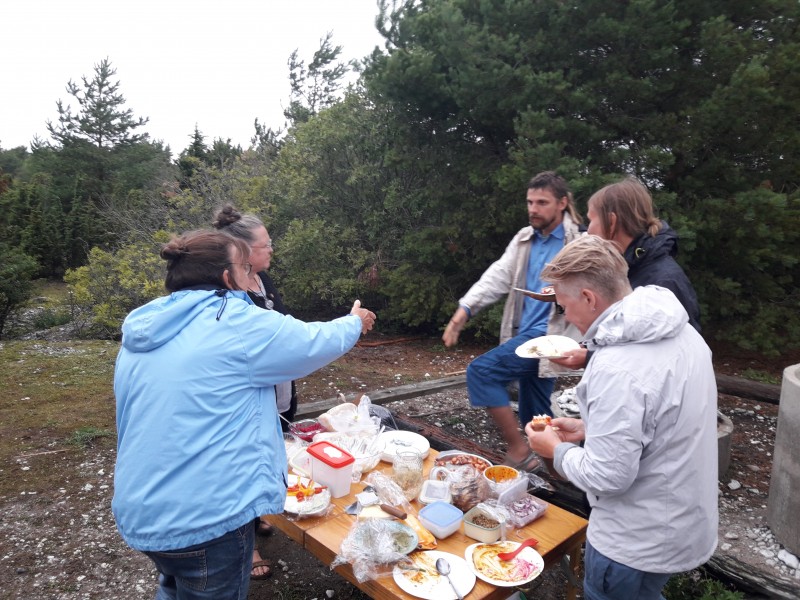 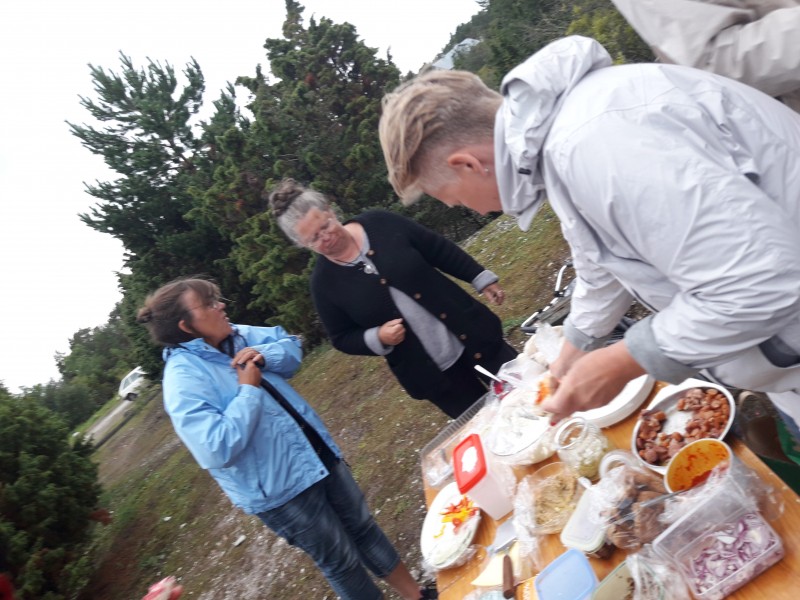 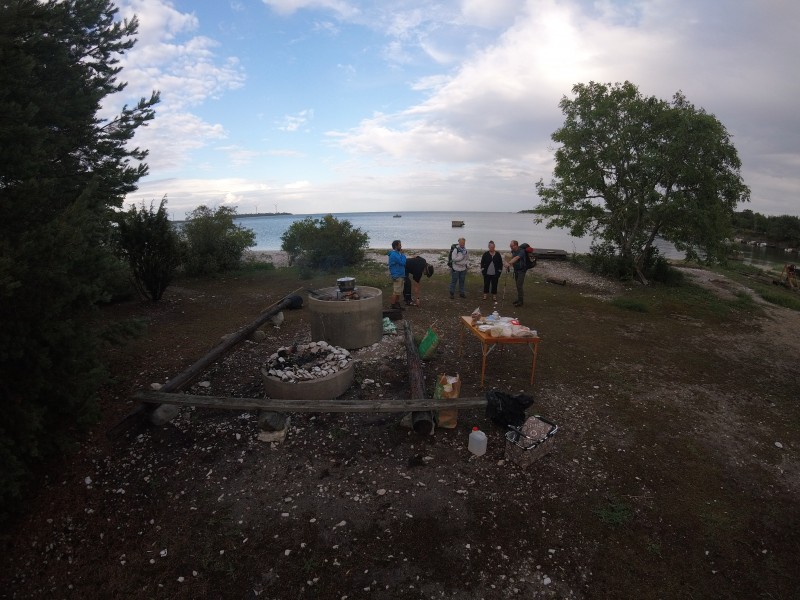 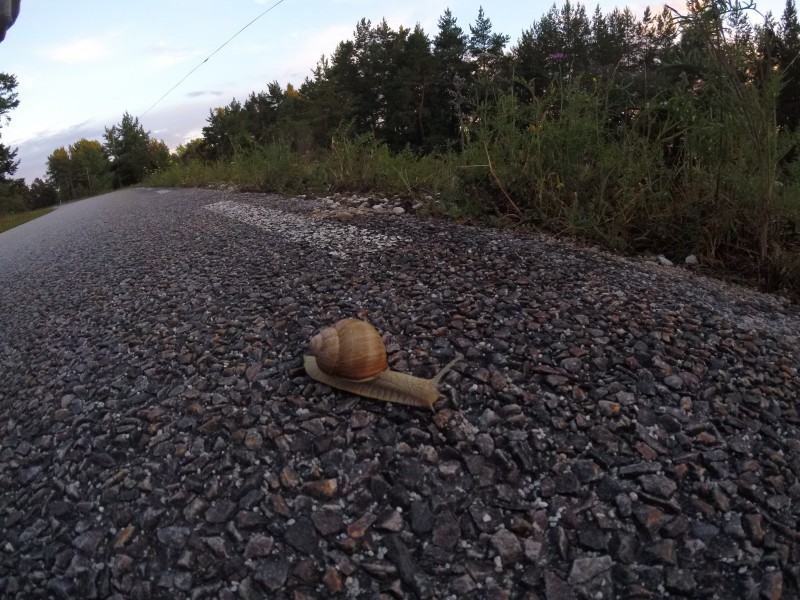 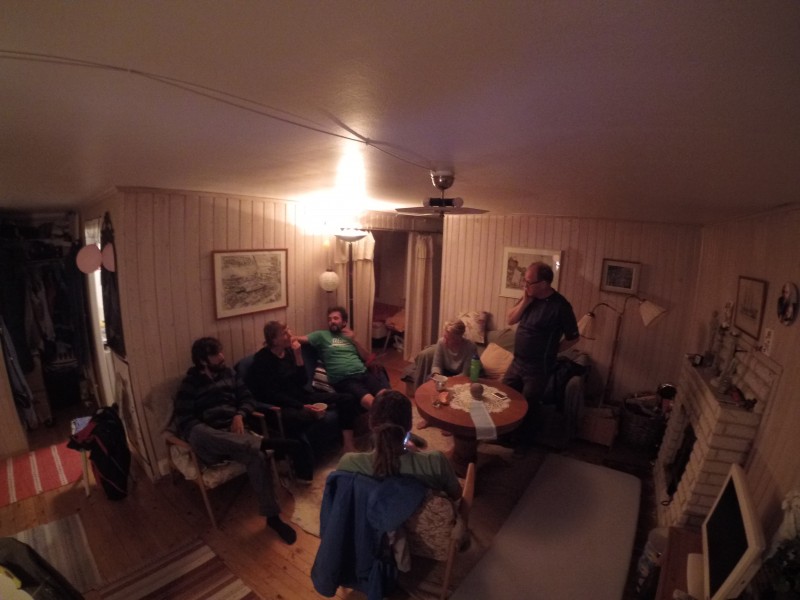